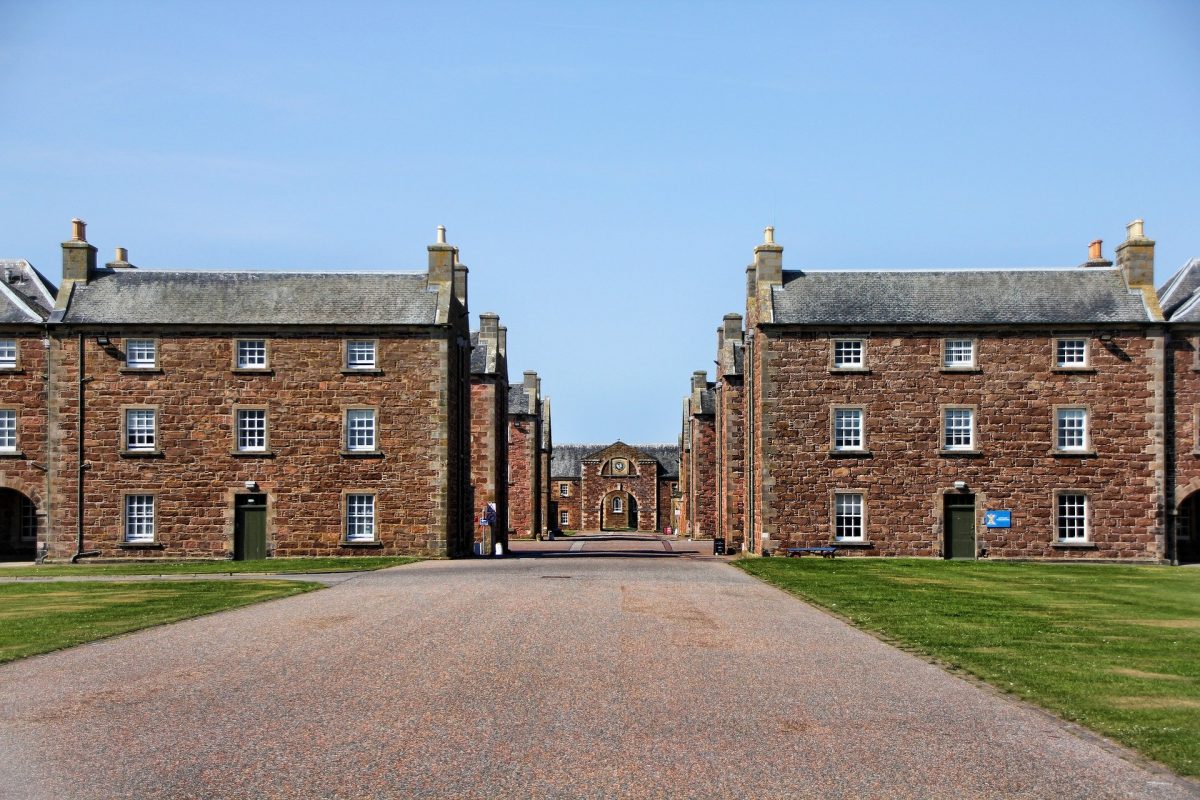 Our Inverness & Local Area Tours are a range of trips very close to our heart. The Inverness Tour Guides have been putting the local into local knowledge here since our beginnings, as Inverness Tours, nearly 20 years ago. We love our tours and trips throughout the Highlands and Scotland. However there’s a special thrill when doing show and tell in your own heartlands. Our day trips in the local area allow us to showcase the nearby Loch Ness too. This is great because, of course, Nessie (the Loch Ness Monster) is famous around the world! See below for our current range of fantastic tours in Inverness and the surrounding area. They include the Inverness Walking Tour, three local area tours, and a further three tours that include Loch Ness. 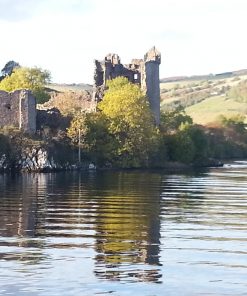 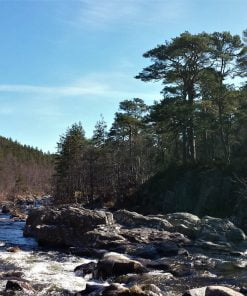 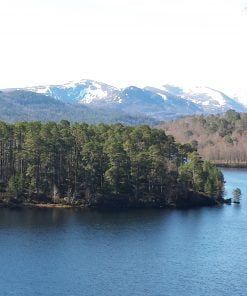 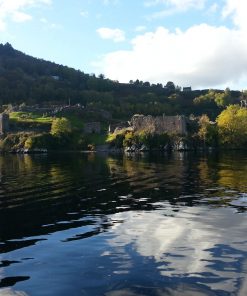 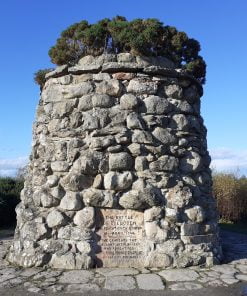 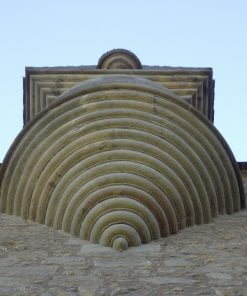 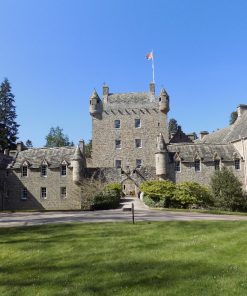 Our walking tour of Inverness covers many places of interest. Chief among them would be the Cathedral, the Castle Esplanade, and then some of the locations in the heart of the old town. There we will see some of the oldest buildings still standing – such as Abertarff House and the Old High Church. And we will even visit Greyfriars churchyard so you can have a wee read of the tombstones, if that’s your thing.

Loch Ness has a starring role in many of our tours. We have three further quite specific tours which concentrate on the loch, and indeed its famous resident! There is a longer tour which adds both Culloden Battlefield and Clava Cairns to your itinerary. We also have two slightly shorter tours all described below.

The Culloden Battlefield and Clava Cairns Tour with Loch Ness or Cawdor Castle is a full day experience. We begin by visiting Clava followed by Culloden, and then there is a clear choice for you. We can travel through Inverness to the west and visit Loch Ness, Urquhart Castle and Glen Affric Nature Reserve. Our alternate afternoon would see us staying east of the city of Inverness and visiting Cawdor Castle and Fort George.

The Loch Ness and Glen Affric Tour from Inverness begins with a drive along Loch Ness side and a visit to Urquhart Castle. Then we head west into Strathglass and Glen Affric. After enjoying this National Nature Reserve we head back towards Inverness by way of Aigas and the south shore of the Beauly Firth.

The Loch Ness and Fort Augustus Tour begins with a drive along Loch Ness side to Urquhart Castle. There is time for a castle visit, before continuing down the full length of Loch Ness to Fort Augustus at the opposite end. There will be free time in Fort Augustus before your return towards Inverness through the hills on the other side of the Loch. Here, at the village of Foyers, there is a path to an impressive waterfall.

We have four tours that cover the local Inverness Area and surrounding region. One is a full day tour reaching as far as the neighbouring city of Elgin. One is a walking Tour around Culloden and Clava. And we also have tours that cover these with Cawdor Castle and Fort George. If you can’t see quite the tour you want then please contact us and we will be happy to arrange a custom day tour of the area for you!

The Local Dark Deeds Tour sees you travelling east to visit the exterior of Brodie Castle, before continuing on to the historic city of Elgin and it’s ruined cathedral. The rest of the morning will be either a visit to the luxury shop, Johnstons of Elgin or the ruined bishop’s residence of Spynie Palace. If timings have gone well then there is an outside chance of being able to see them both. After lunch you will travel on, to Pluscarden Abbey, followed by Cawdor Castle. On your return to Inverness there will be time for a photostop at the darkest deed of them all; Culloden.

Our first meeting point is at Culloden Battlefield, but we’ll immediately travel to Clava Cairns to begin the walking tour. We start with a guided walk through the monuments at the Cairns and Standing Stones, and then a relocation back to Culloden Battlefield. We will walk around the battlefield, hearing about the background to the 1745, the unfolding of the battle itself and the tragedy of the aftermath. If you want to extend the tour so we accompany you through the visitor centre that is usually no problem.

Inverness has been the main settlement in the Highlands for more than fifteen hundred years. That is more than enough time to have built up an impressive history and a rich culture of words, music, arts and crafts.

We know that Inverness was the capital of the Highlands when St Columba first journeyed to the court of the Pictish King located here, in 565. At the time of the Crusades, the town had become a major ship-building centre. James I held a parliament here in the 1400’s, and Mary Queen of Scots captured the castle in the 1500’s. Oliver Cromwell built a citadel in Inverness, in the 1600’s, and Bonnie Prince Charlie blew up Inverness Castle in the 1700’s. A busy few centuries, just filled with stories for us to share with you! Nowadays the city continues to function as the administrative heart of the Highlands.

The traditions of the arts and crafts of the Highlands have deep roots. The Picts were creating stone monoliths and carving remarkable pictures and designs on them, fifteen hundred years ago. In the time since then the creative impulses of the north have exploded in a riot of painting, drawing, sculpting and making of all kinds of things. We find weavers, jewellers, potters, candle-makers, knitters, glass-blowers and others. There are many fine artists and crafters in the area, and several excellent outlets in the city.

The name Inverness comes from the Gaelic, Inbhir Nis, meaning the mouth of the River Ness. The Gaelic name reminds us that much of Inverness’ culture comes from the Gaelic or Celtic world. We can see this in the Gaelic place names in the area, and in the kilt shops for locals on the streets. We see it, too, in the range of whisky bars available and the music being played in some of the pubs and hotels. The museum has many illuminating displays, where you can even try to put on a great plaid. The oral history of the Gaels has led to a long practice of story-telling and the sharing of myth and legend. Give us the chance to show you what we mean.

Some of the most asked questions about the Inverness Area are answered below.

When was Inverness Castle Built?

The Picts probably fortified this castle hill as much as 2,000 years ago, but there has certainly been a Royal Castle here since Malcolm III’s castle of 1057. The castle we see before us today, however, actually dates from 1836, and was built as offices and for show, rather than for defence.

When did Inverness become a city?

Inverness has enjoyed city status since 2000. In the UK only the monarch can grant city status. Queen Elizabeth agreed that granting city status would be an excellent way to mark the millenium. Several Scottish towns vied for the honour and Inverness was successful, becoming Scotland’s fifth city.

Is the Loch Ness Monster Real?

Most locals accept the idea that a beastie with so many stories is likely to be real at some level. There are many theories about what that might mean. We love discussing the Loch Ness Monster as we drive along enjoying the lochside scenery. It was actually the press, in the 1930’s that named poor Nessie a monster. Before that, the highland people just knew her as the beast, or the animal.

How big is Loch Ness?

Loch Ness is the largest lake in the country; 23 miles long by 1.5 miles wide. The loch lies in the Great Glen, a major fault line crossing Scotland. This line of shattered rocks was then ploughed out to sea by a glacier at the time of the last ice age. That is why Loch Ness now occupies a trench over 800 feet deep. This is more than enough water to hide to hide our friend, Nessie.

Of course, we did say that Inverness is our heartland. This is why we are happy to build tours to any of the surrounding delights not currently on our website. We love the chance to create your ideal tour. The north of Scotland has many places of interest and as a result we can keep you spellbound for tours of any number of days you desire.