Edinburgh is a great port from which to take tours from a cruise ship. As well as being Scotland’s capital city, Edinburgh also has a rich hinterland for you to enjoy. For nearly twenty years we, at Inverness Tours, have enjoyed showcasing the best of Scotland, for cruise ship passengers. You travel in comfort during our private group tours due to our roomy and air-conditioned seven-passenger vehicles. 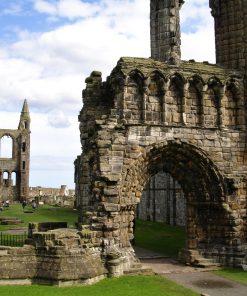 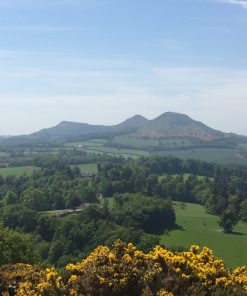 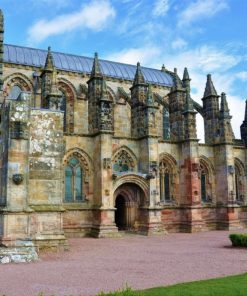 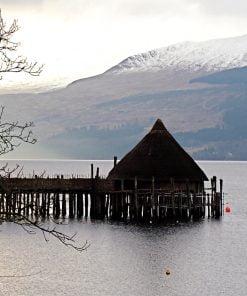 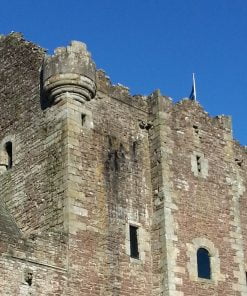 What to do with a day in Edinburgh?

Coming ashore at Edinburgh gives you access to a wealth of things to see and do within easy reach. There are a range of fantastic places within reach, whether heading north into the Highlands or south for the Borderlands. So we have four excellent tours available from Edinburgh, to St Andrews, Rosslyn Chapel and to the Scottish Highlands. We also specialise in the Outlander filming locations nearby.

After being collected from your Edinburgh Cruise Ship the Outlander Film Locations Tour begins with a visit to Jamie’s home, Lallybroch. The film location for Fort William is next, and then Castle Leoch, home to the Mackenzies. Our final stop is the village of Cranesmuir, before returning to the ship.

Doune Castle and Highlands Tour from an Edinburgh Cruise Ship

The Doune Castle and Highlands Tour takes you past the sculpture of “The Kelpies”. Then the first actual visit will be Doune Castle. Secondly we will stop at the Falls of Dochart, in the village of Killin. Then it’s onwards along the shores of Loch Tay to the Crannog Centre at Kenmore, and the famous Fortingall yew tree. Our return to the ship will take us through Aberfeldy, down the scenic Sma’ Glen and the bustling market town of Crieff.

The St Andrews, Castles and Golf Tour begins with an impressive drive across the Forth estuary on the Queensferry Crossing, which is longest bridge of its type in the world. Our first visit is to Falkland (historic town and palace). Then we spend time in the ancient town of St Andrews. On our return we thread our way through attractive fishing villages and harbours and end with a visit to Aberdour Castle.

The Scottish Borders and Rosslyn Chapel Tour begins with a drive to Abbotsford, where we visit the home of Sir Walter Scott. From there it is on to the ruins of Melrose Abbey. Then we take in the marvellous photostop at Scott’s View. If the weather is fine then we’ll take a walk to a huge statue of hero William Wallace. Then we will finish by visiting Rosslyn Chapel.

At the time the Romans arrived in Scotland, Edinburgh was capital to the Votadini Celts. Fast forward to 500 AD and it had become the capital of the Kingdom of the Gododdin. The Angles conquered it next and held it until around 950 AD. It was then retaken by the Scots and has remained Scottish ever since. In fact it began to be recognised as the capital of the kingdom of Scotland by the 1300’s. Today we can see Edinburgh as “a tale of two cities!”. Edinburgh Old Town predates the 1700’s while Edinburgh New Town is the finest Georgian city in Britain. Together they form the UNESCO Edinburgh World Heritage Site.

How to pronounce Edinburgh?

Edin is from the original celtic name of this district, Eidyn. Dun Eidyn means the fort of the Eidyn area. “Dun” meaning hillfort, in Gaelic, later changed to “Burh” meaning fortified settlement, in Lallans, or Old Scots. Edinburgh is therefore the “fortified capital of Eidyn district” pronounced Edinburra (with the E pronounced as in egg).

What is Edinburgh famous for?

Edinburgh has a number of faces to show to the world. Is it the most haunted city in the world? Tours of places like the Edinburgh City Vaults would seem to back that up, as would tours of Greyfriars Kirkyard. Greyfriars is also a favourite location due to its connections to J. K. Rowling’s Harry Potter. The late 1700’s and 1800’s saw a cultural revolution known as the Scottish Enlightenment occur in the city. And in the 20th century the Edinburgh Festival, Fringe and Tattoo have, together, become the largest festival on earth.

Edinburgh’s layout is fascinating. The original settlement spilled from the Castle one mile downhill to the Palace at the foot of Arthur’s Seat. That mile was and is known as “The Royal Mile”. Arthur’s Seat is an extinct volcano in the heart of the city and the summit offers great outlooks over the city. A lake used to lie north of this Old Town. Once it was drained the city was able to expand northwards in what is now known as “Edinburgh New Town.

If you wish to see and do other things while in Edinburgh we can accommodate that too. We can build a custom Edinburgh cruise ship tours adding any other places, activities or experiences for you.